Triumph’s new Speedmaster has arrived and it’s better than ever. Now boasting a brutal 1200cc high-torque engine pushing out 42% more power than the previous model, full to the brim with the latest technology and upgraded comfort – is this the ultimate cruiser? FTR was at the big reveal to gauge the reaction.

John Gauthier from www.4h10.com: “I really like the Highway inspiration kit as it’s nice and slim. It’s great that the engine has more torque – this will really draw people in. California is probably the best place for this bike, although I bet it would be a fun challenge riding through my home town of Paris!”

Jerson Campos, Brazilian TV: “It would be fantastic for America and Europe. If I had to ride in Brazil I would travel between Sao Paulo and Itu. The seat is very comfortable, you could ride for hours and hours. With the extra power, it’s the next level up in the cruiser category.”

Chris Cope, www.rideapart.com: “I love it. I absolutely love it. With single-button cruise control and the new assisted clutch, it’s all about laid-back riding. It would be easy to cover miles on this. I like the fact you can change it so much with the kit. I actually had a picture of the old Speedmaster on my wall, which got me back into riding, so it’s great to see the latest version.”

Preetam Bora, Car and Bike, Indian TV. “This version is completely new and it has potential to do hugely well in India. With the upgraded engine it’s now such a great bike. I think the pillion seat sets it apart from the Bobber quite significantly.”

Alongside more than 130 accessories, the new Speedmaster can be equipped with a ‘Highway’ or ‘Maverick’ inspiration kit. The Speedmaster sports a full LED headlight, the latest ABS, and road and rain throttle settings as standard. If you want a bike ready to go for laid-back cruising with the best technology, the new Speedmaster has got you covered. 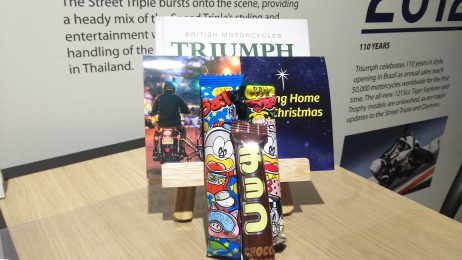 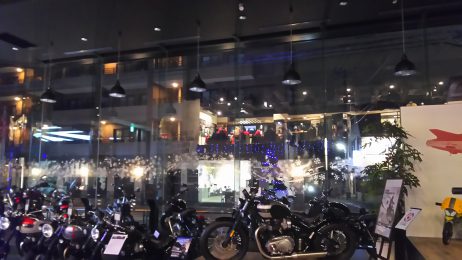 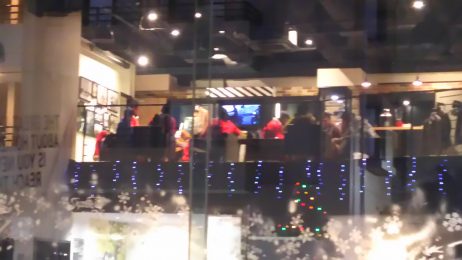 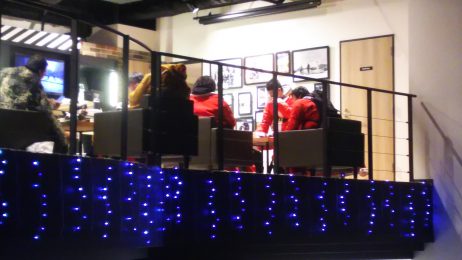 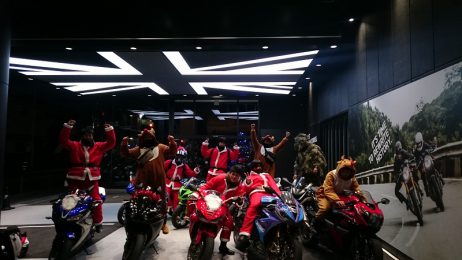 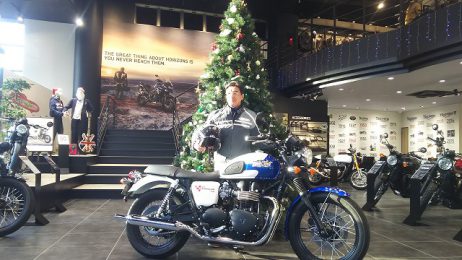 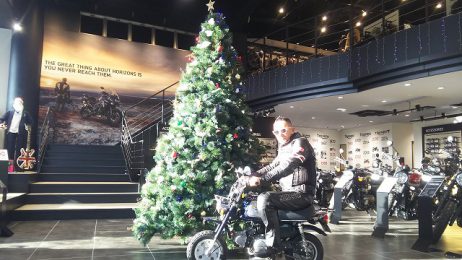 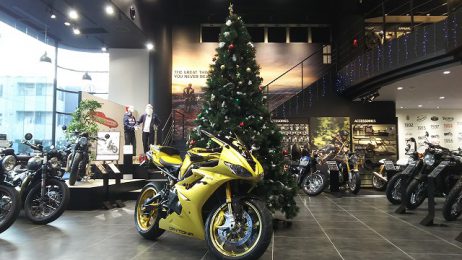 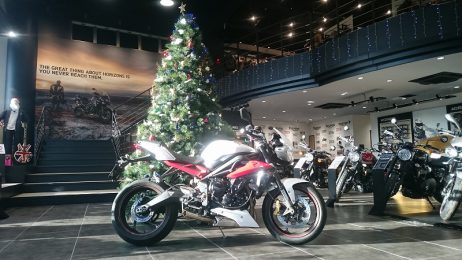 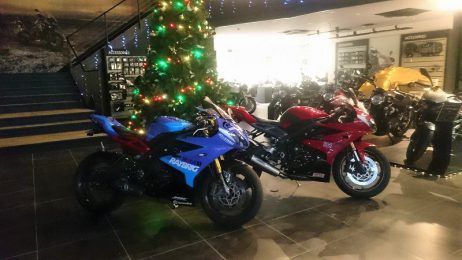 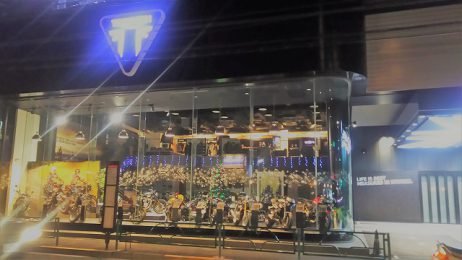 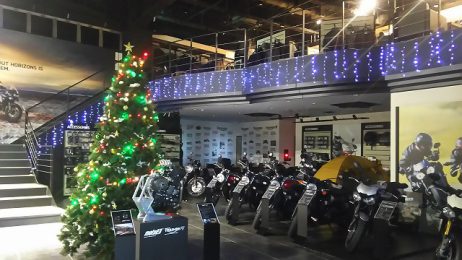 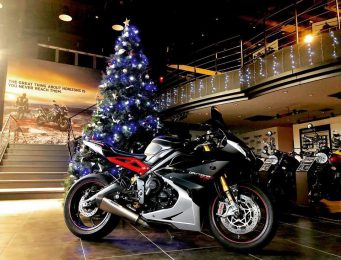 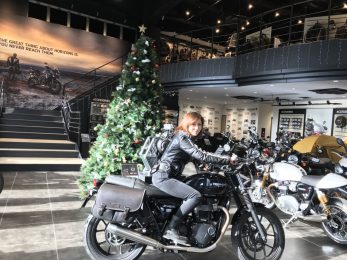 ‘What is this thing?’ a British newspaper’s chief sub editor scrawled on a picture of a swivel-hipped new singer telexing its way around the world, before tossing it to a colleague.

A truck driver from Mississippi by the name of Elvis Presley was ripping up the rule book, challenging and changing everything. Where once there was sedate gospel music and a life lived in sepia, now Technicolour was becoming ingrained on the world’s consciousness.

Presley’s raw growl would defeat the cynics, kick post-war austerity into the long grass and spark a near-overnight shift in attitude of a generation of young people for whom anything was now possible.

Rebel Without a Cause James Dean had blazed the trail, fearlessly reassuring them they could chase their dreams… and they could do it whichever way they damn well wanted.

Space race and a new bike

In 1959 the aura of individualism, mistrust of the old guard and desire for rapid change was epitomised by a game-changing bike that would become a benchmark for motorcycle design for the next 59 years. The Bonneville was born and flourished as President John F Kennedy and civil rights leader Martin Luther King fanned the flames of change in the early 60s when space travel, comic book fantasy and popular culture mirrored a new-found reluctance to stand still.

That gnarled journalist who dismissed the not-so-silent revolution of a hedonistic new ‘live for the moment’ was either left behind or forced to join in with abandon with his colleague.*

For riders who wanted change, the Bonneville 650 was THE fastest bike of its era and came in a US diner-style Pearl Grey and Tangerine in keeping with the hues of an increasingly vibrant new world. It was a machine built to get there fast and be noticed. Little wonder then that it’s gone on to become the bestselling twin motorcycle in history.

The Bonneville, first unveiled in 1958, was THE first British superbike but wasn’t an instant success in the States. But after the headlight and fenders were changed, to the delight of the American market, it boomed on both sides of the Atlantic.

Triumph designer Edward Turner’s final offering to the world was unequivocally British and a genuine motorcycle icon. The classic curves a child would recreate in crayon if asked to draw a motorcycle are still present in the latest incarnations of this modern classic to this day.

By the time the ’60s really started swinging, the Bonneville was riding on the back of a cultural wave in an era where the rip-curl-riding style of The Beach Boys sang colour and sunshine while Jagger and the Stones swaggered across the Atlantic.

Telling too that both bands – throw in The Doors and Triumph-riding Bob Dylan who started his career in ’59 for good measure – are as relevant and popular today as they were way back then, just like the bike they shared the limelight with.

The large and influential Baby Boomer generation was calling all the shots and nothing was exempt from their scrutiny. Art, literature, movies and photography. Everything was there to be challenged, taken to the next level and improved.

Television had a profound impact. When the adventures of Ben Cartwright and his sons in Western series Bonanza premiered in glorious colour on NBC within months of the Bonneville’s launch, a world started to sit up and grasp new possibilities.

Chaotic and exciting, the first few years of the 60s were a ‘blink and you’ll miss it’ cocktail of social and political rebellion, where individualism and optimism for a brighter future was the fuel on both sides of the Atlantic.

Harper Lee’s seminal novel To Kill a Mockingbird challenged racism, prejudice and domestic abuse and is as poignant today as it was when it was first published in 1960. Meanwhile, music spoke of hope, love lost and found, and the angst of a generation fighting authority – themes that still resonate with the grandchildren of the Boomers.

The ‘so-called’ norm was being challenged and Triumph’s revolutionary bike was no exception to that. Like the soundtrack that accompanied the time, its distinctive look, feel and sound stuck and became the trademark appearance for fast motorcycles to this day.

Its unmistakable silhouette looked like it was doing 100mph standing still and the more powerful twin-carb engine ensured it could. That was what drew Hollywood icon McQueen to the Bonneville in 1964 when he raced the modified ‘Triumph desert sled’ through the sand of Baja in California.

His love affair with Triumph started in the late ’50s when he commissioned several bikes for racing and ‘cow trailing’ in the desert. Triumph 500s and 650s were his first love but the Bonneville took him to a whole new level and his status meant a swathe of young people were ready to follow him through fields, mud, streams and dirt tracks into scrambling.

Point-to-point races meant the bikes had to be able to transition seamlessly from road to widely varying terrain, then back to road again. The Bonneville fitted the bill and looked good.

The rise of the customisers

For the first time, here was a bike ideally suited for modification. A bike that looked incredible out of the box but equally begging to be customised. The drive for individuality saw a boom in the ranks of after-sales parts outlets and the Bonneville soon achieved legendary status.

“If you went to Mars in the ’60s and came back today and saw the 2015 Bonnie, you’d recognise it instantly,” says Lindsay Brooke, motorcycle historian and author of three Triumph books.

“It’s a bike with a sporting heart and a beautiful form. It actively encourages owner engagement and involvement. All the Bonnevilles cry out ‘make me your own’ but equally look great untouched,” he says. “People are drawn to them because they are one of the few bikes where the manufacturer got it right from the outset.”

Quick switches could transform the Bonneville almost instantly. Moving the footpegs forward, raising and raking back the bars, and stripping the fenders gave it the feel of a hot-rod-style Bobber, moving them back offered a more cafe racer vibe. That flexibility and freedom summed up the time then, and now. The flexibility was a trait applauded by the motorcycling public of ’59 and Triumph took the plaudits for creating a base unit – and the parts network to support it – that was perfect for customising whatever side of the Atlantic you were.

It meant the Bonneville could change effortlessly to a Thruxton inspired cafe racer or to a high bar scrambler. When Triumph started making cruisers, the path was set, pointing towards today’s beautiful Bonneville Bobber and the more laid back Speedmaster.

Art and a new approach to motorcycling

“Inexpensive changes transform the Bonnie’s character. Anyone with a basic set of tools and mechanical aptitude can change the headlight shape or add 10-inch rise handlebars as soon as that package arrives through the post,” says Brooke: “The basic platform is so versatile I can build a cafe racer today and then swap it back to a Bobber a few weeks later, so it changes with my mood and riding style.”

Change was the watchword in the early 60s as boundaries were shattered in the art world; Andy Warhol’s Pop Art versions of Campbell’s soup cans and Marilyn Monroe turning the way the world saw design completely on its head.

Minimalism and conceptual art encouraged the young to consider new approaches to everything. The canvas was blank and the Bonneville slipped effortlessly into the category of ‘cool’… slang then and part of the language today.

Brooke adds: “The Bonneville used to be a fire-breathing bike in the ’50s and ’60s but it excels in any era and is equally at home in the 21st century because the spirit that created it is still the same today.”

* This article is written by FTR Editor Jim Levack whose father was that journalist’s colleague.